Agurksalat is a Danish recipe that my aunt taught me. It’s a sort of sour, sweet, salty, pickled cucumber and its the absolute perfect side dish for so many meals. This was part of the first meal i had in Denmark, freshly made by my aunt less than an hour after i stepped off the plane. When i have this it remind me of hot summers and playing with her toy poodle on the beach. It brings back good memories and tastes great so i thought i’d share it now in the hope that spring might actually been on its way some time soon! 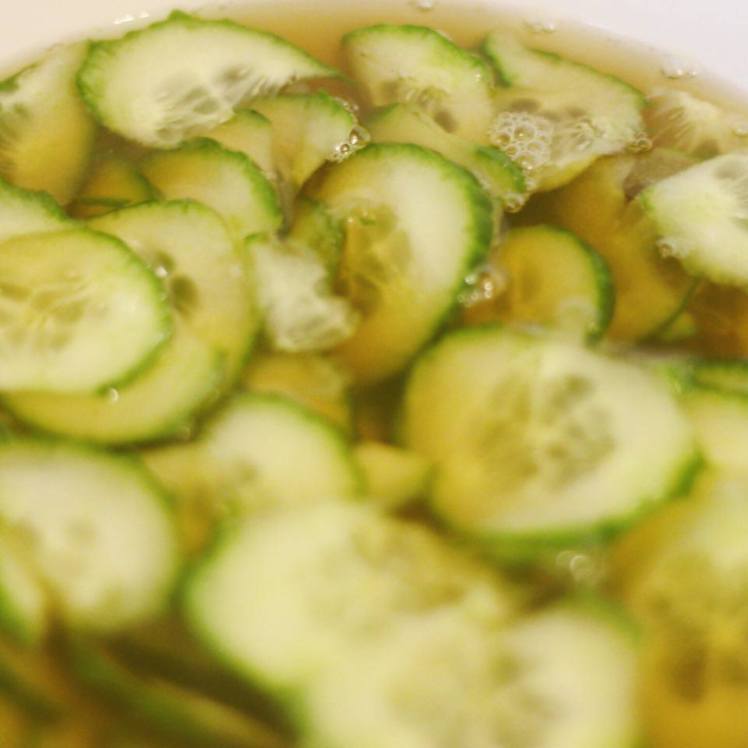 This recipe takes about an hour over all but most of that is just waiting time so its super easy to just make it on some lesser used counter space while you move around to make the meal you’re going to put it with. It also only uses five ingredients, most of which most people usually have in anyway so theres no need to run out to buy anything, and you can always substitute a few things for things that are similar if they aren’t a staple for your pantry.

The only ingredients this uses is one cucumber, one cup of rice vinegar, one cup of malt vinegar, some salt and sugar. For this batch i used brown sugar because thats all we had in but my aunt always uses ordinary white sugar and that tastes just as good. You can also switch up the vinegars for different kinds such as apple cider vinegar or just malt vinegar instead of that and rice. Like i already said, most things can just be switched for similar ingredients to get a new but still delicious flavour. 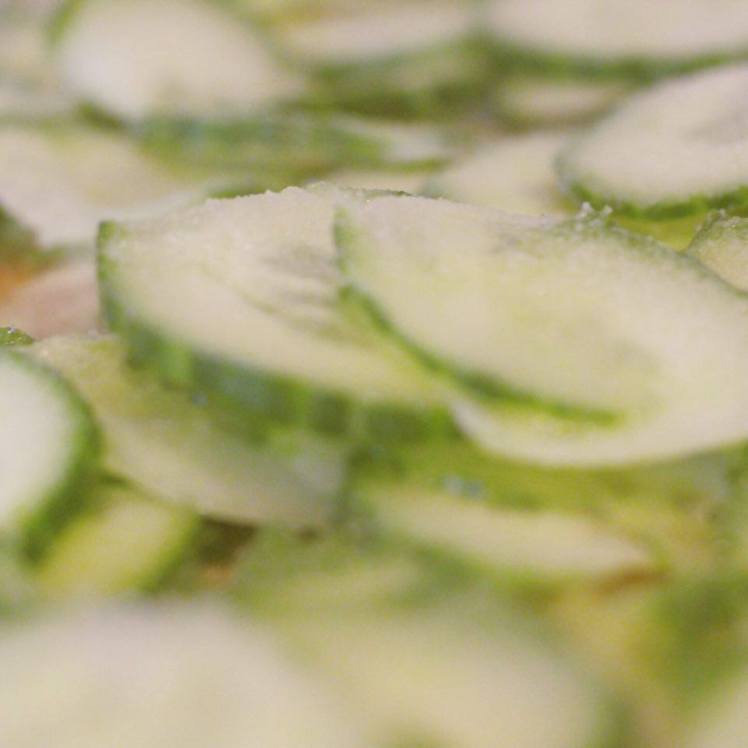 This is such a simple recipe that you simply begin by slicing up your cucumber. I used the mandalin type slicer on my kitchen grater but i also lost a chunk of my finger so you may want to stick with just a knife or a real mandalin. Once all your cucumber is sliced, lay it out on a plate or tray and sprinkle it with a fair amount of salt. I then leave it for around ten minutes but you can leave it for longer or less time depending on how salty you would like it. I then pour a cup each of malt and rice vinegar, four table spoons of brown sugar and a cup of boiling hot water into a bowl. I mix this mixture until the sugar has completely dissolved and then just dump the cucumber into it.

Leave the cucumber to soak in the vinegar mixture for at least half an hour, i usually leave it over night and just cover it with cling film to keep any bugs or cat hair out, then dump it into a jar or some tupperware and stick it in the fridge ready to use whenever. It will usually last for about ten days in an air tight jar in the fridge but its best to use it in a couple of days just to be on the safe side.

I hope you enjoyed this recipe and i would love to hear what you think of it if you try it!