January is almost behind us now, and boy has it been a cold one. I’m so grateful that I got to spend my first January in a nice warm house rather than my old freezing cold flat and because of that, I’ve been trying to have more fun. I want 2017 to be a year of adventures, trying new things and staying true to myself while I do it so I wanted to share some ways I’ve been having adventures so far this year! 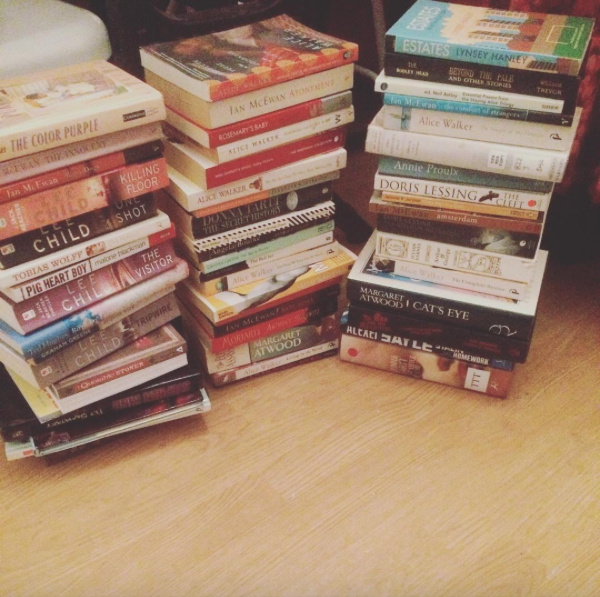 Its not secret that I’m a bit of a bookworm and thanks to an amazing lady who gave me all the books you see above, I’ve had plenty of reading to do! I know reading may not be what a lot of people consider to be an adventure since it mostly involved sitting around drinking tea, but you get to go on an ‘in your head’ type of adventure in a safe, cosy environment which is the exact kind of adventure I love.

Going out to explore!

As someone who is a homebody and has social anxiety, I don’t usually go out all that often. So far this year though I’ve made an effort to go out at least twice a week and just explore a bit. I’ve just moved to a new part of Liverpool from Birkenhead so theres plenty for me to do and see, especially since we live really close to the Mersey and lots of old dock buildings. Once I’ve put on an outfit I feel good in and found a song on my phone that I don’t mind being deafened by because my headphones don’t do quiet, I’m good to go!

The great thing about exploring too is the animals you come across. The cat in the picture above, is it mine? No. It lives somewhere near the local train station and greets me when ever I go that way. Theres a lady I see fairly often who has an adorable dog called Ollie and she makes pun whenever I see her, like the first time I met her in a shop and he was ‘Ollie in a trolly’ or when he got spooked by a lorry driving past and became ‘Ollies not a fan of lorrys’.

Quite similarly to reading, watching a film lets you have an adventure and a bit of an escape without having to leave the comfort of your home and I love it. I’m a huge film buff and love watching the latest releases when I can, though theres always the classics to fall back on like The Wizard of Oz. I was lucky enough to be send all the films in the picture above, only two of which I’ve seen before and I can’t wait to snuggle up and watch the others once I finish writing this!

I know you might not think spending time with your family is any kind of adventure, but I promise it is. People are all so unique and interesting and I’ve spent a lot more time with my family so far this year, especially my mum, and I can tell you its been one hell of an adventure getting to know her better again. I’ve felt a bit disconnected from her since I moved out at 16 so its nice to get back to being used to her sense of humour and knowing what she’s going to say before she says it.

How are you planning on having adventures this year?

One thought on “Make 2017 Your Year Of Adventures”