We all know that smoking isn’t ‘cool’ or ‘hip’, so when I had the chance to get a vape ‘kit’ from vapers warehouse  I was pretty excited at the chance to try it out to help me quit smoking. It didn’t quite go like that though and even after weeks of trying to use it every day I just couldn’t stop coughing. I’m 100% sure this is just me though, since I’ve now passed it on to my brother who loves using it! Therefore, this review is based on his experience rather than mine.

Straight off that bat, it came in really fancy packaging. The box it came in felt really luxurious and posh, so I thoroughly enjoyed opening it, plus it came with extra parts that you may need to replace meaning you can use it for as long as possible without having to buy any new replacements. 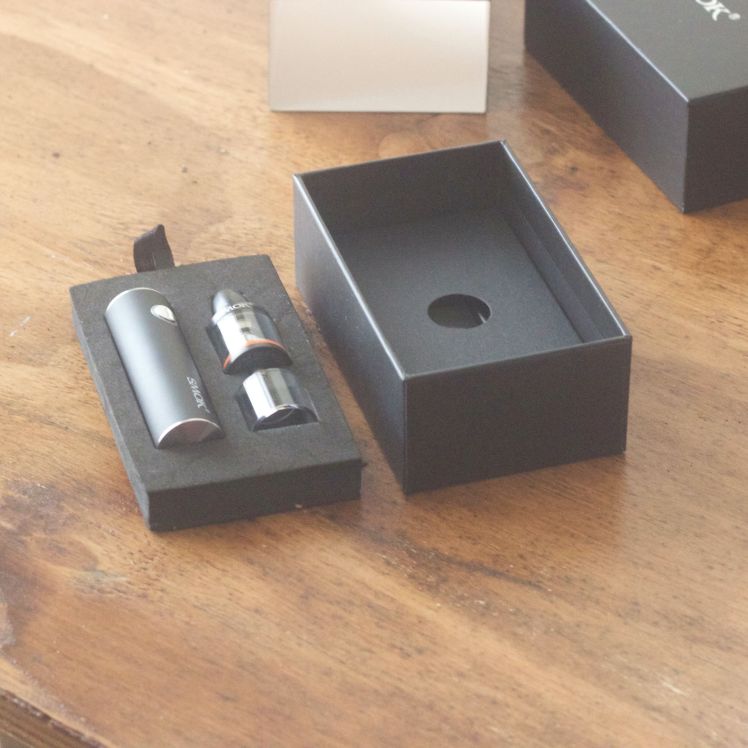 As you can see, the actual vape pen is metal and it feels super sturdy. It’s not what you’d call heavy but it definitely has some weight to it, which I really liked because the few other vape pens I’ve help felt a bit flimsy but this doesn’t feel delicate in the slightest. It’s also very aesthetically pleasing and feels nice in your hand.

The port to plug in the charger is on the opposite side to the silver button that you hold, which means it doesn’t get in the way while its being used but its also really easy to get to when it needs to be charged, theres no unscrewing or pulling anything apart, you literally just plug it straight in.

Finally, the actual smoking part. As I mentioned at the beginning of this post, I had a lot of hassle smoking with this, but my brother has been fine from his very first drag. He said it doesn’t quite feel the same as smoking a cigarette, but thanks to being able to adjust the amount of air and vapour that comes out he’s been able to get it to a point where he would rather use this than smoke a real cigarette.

Finally, the vapour liquid! Despite not being able to smoke it well, I did taste it and it’s certainly nicer than a real ciggie. The liquids I had didn’t have specific flavours, but it was a pleasant almost fruity taste so I imagine if you were to get the ones that actually taste of fruit it would be a really nice flavour, similar to the flavoured tobaccos you can buy.

This is quite an expensive product I know, but for someone like my brother who spends around £10 a week for tobacco usually, it pays for itself in a little over a month. Plus, its so much better for your health!