We all know that feeling when you’ve been shopping for hours and you’re just so hungry and so tired and just want to sit down some where and eat, but where should you go?! There are so many restaurants in Liverpool that cater to every need or craving you could possibly have, so when theres so much choice it can be difficult to decide. Fear not, for I am here! This post is to tell you about some of my favourite places to eat in Liverpool One, both vegan and none vegan since I’ve eaten there much more often while I was still eating meat and dairy.

Of course, I wrote a whole post about pizza express not too long ago but I still had to include them here. Their vegan options are endless and amazing, all the staff I’ve met have been lovely and super helpful, and it’s located pretty close to Liverpool One’s bus station meaning if you’re getting the bus home, its a really convenient spot to dine at. And did I mention their vegan options are amazing?! They’re the only place I’ve tried so far that offer vegan cheese and not just cheese-less pizza’s so they’re really high up in my book.

We’ve all tried Nando’s by now I think, its pretty much everywhere, but the one in Liverpool One is my favourite in Liverpool. As with most Nando’s restaurants, the staff are lovely and the food is great, but they have a bonus over the others in Liverpool because its really high up, and if you get a seat by the window you can watch all the hustle and bustle that’s always going on in Liverpool without having to be a part of it.

Barburrito is pretty useless to me now that I’m vegan, but if you’re a meat eater you will love this place! You get to choose exactly what you want in your burrito, and how much, and they make it for you in minutes right in front of your very eyes! Plus, its delicious. I still pop in occasionally when my boyfriend fancies it and he enjoys it every time. I know, I know, Starbucks isn’t exactly a restaurant, but the Starbucks in L1 is a little bit special I think. It’s essentially a cave, or at least thats what everyone I know calls it. It’s basically underground with no windows, which sounds horrible and claustrophobic I know but its actually more cosy than anything, and if you get anxious while out like me, its a safe feeling space that makes it feel like theres not many people around even on really busy days. This also means its a great place to do some reading or get some work done. Maybe you don’t want a full meal from Starbucks since it can add up to be quite pricey, but a coffee and a cinnamon roll before heading home (or starting your shopping trip with it!) is something I usually need! 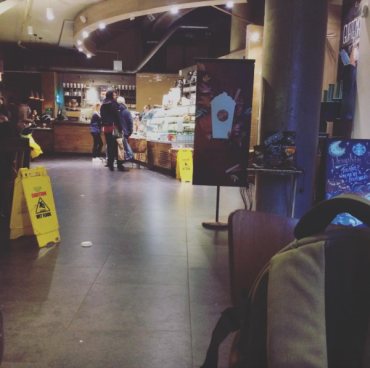 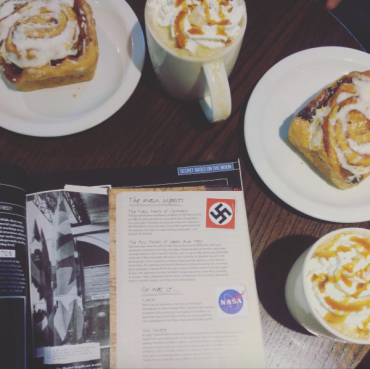 So they’re my go to’s when I’m out and about in Liverpool One, do you agree with me on what’s best or do you have your own ideas of where is #TrulyScrumptious? Let me know in the comments!