Last weekend I found myself lucky enough to be invited to Liverpool horror con and I’ve been absolutely itching to write a post about it since! I went with Kiah, Ellie, Freddie and Rich, Kiah has already written a brilliant post all about it which you can read right here!

The very first thing I ended up looking at was a table from The Monster Charity Project, 28 artists were given a Frankenstein bust to customise and getting to see them all on display was amazing! They will all be going up for auction to raise money for the make a wish foundation so make sure to check out their Facebook page linked above to find out when that will be happening! 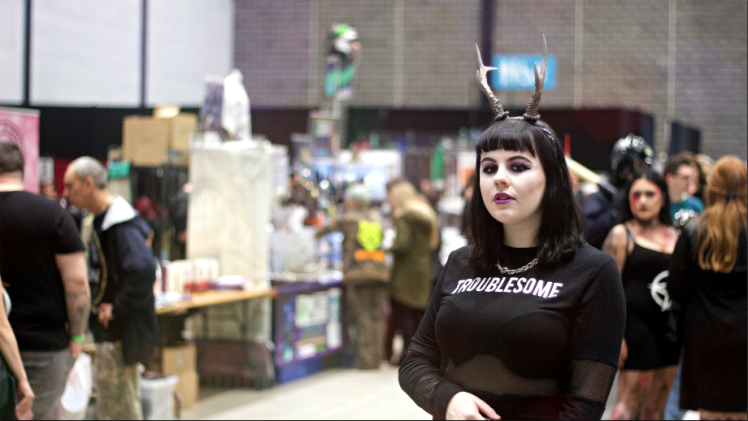 There were a lot of traders there, and they were all selling such amazing things! My bank account was definitely crying by the time I went home and that was after really keeping check of myself. I just didn’t think I’d be able to pull off antlers well enough to justify buying them, as you can see Kiah looks amazing in hers! Hopefully I should have a haul post up soon to show you all the bits and pieces I did end up buying.

Outside of the traders and celebrity guests, there were a lot of performances and panels happening throughout both days but I only managed to catch one. I’m planning on going again next year and catching many more though! The performance I did manage to catch was Enchantico, and I’m really glad I did because they were amazing! The perfect blend of gothic, sexy and hypnotising I could have watched them all day (in a totally uncreepy way).

Outside of performances there were also a lot of cosplayers wondering around. Most of them really creeped me out, especially one person dressed very convincingly as the pick axe wielding murderer from My Bloody Valentine. Rich though, is afraid of nothing (except spiders) and posed for quite a few pictures with people in amazing cosplays. Not me though, I’m not going anywhere near them. Unless you paid me. 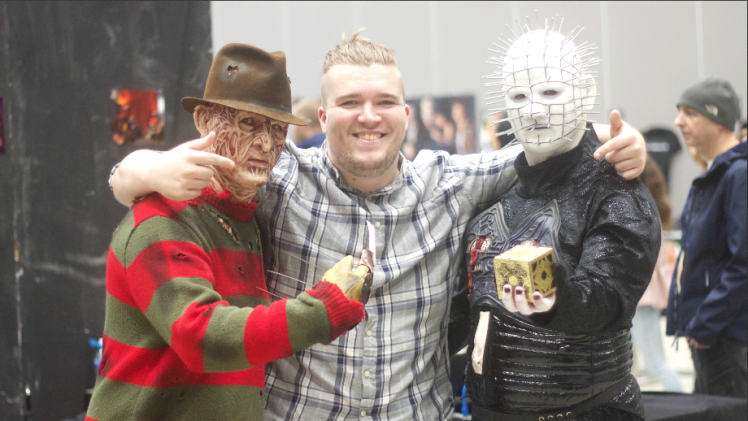 Another thing that creeped me out a lot was Captain Jacks Prop Shack. As much as I enjoyed it and appreciated how cool all the sets were, being in places that look near identical as those in films that terrify me left me feeling slightly unsettled. It was super cool getting to explore though and I really love the photo’s that Kiah took of me and Rich. It’s not often we have nice photos together, and even less often that we have nice photos of us that look like we’re in a horror film! 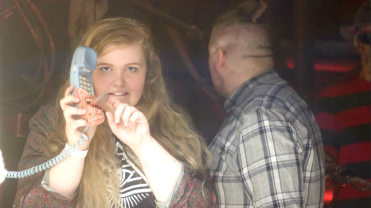 I ended up not going on the Sunday because I felt a bit socially spent after also spending Friday with a friend, but I had a great time the day I did go and next year I will definitely be going both days, and saving up a lot more money before I go!