If you follow me over on Insta you will have seen lots of pictures of my recent trip to Turkey! It was an absolutely amazing trip that I thoroughly enjoyed and it really relit my passion to start blogging again, I’ve got a huge list of posts I want to write so get ready for the influx of rambling posts about nearly nothing. Let’s get into this post before it gets too off topic!

I’m not a hot weather lover, and I like a bit of sun but I burn super easy. Turkey was the first hot place I’ve ever been to and I was slightly terrified that I would completely hate it, but I was very happily surprised! The heat is a different type than we have in the UK and it, for the most part, didn’t make me into a red sweaty mess! It’s a miracle! I slathered myself in factor fifty any time I went anywhere and managed not to burn once so I got to enjoy the sun with zero regrets. If you think you’re not a hot weather person, go to Turkey and it might prove you wrong! 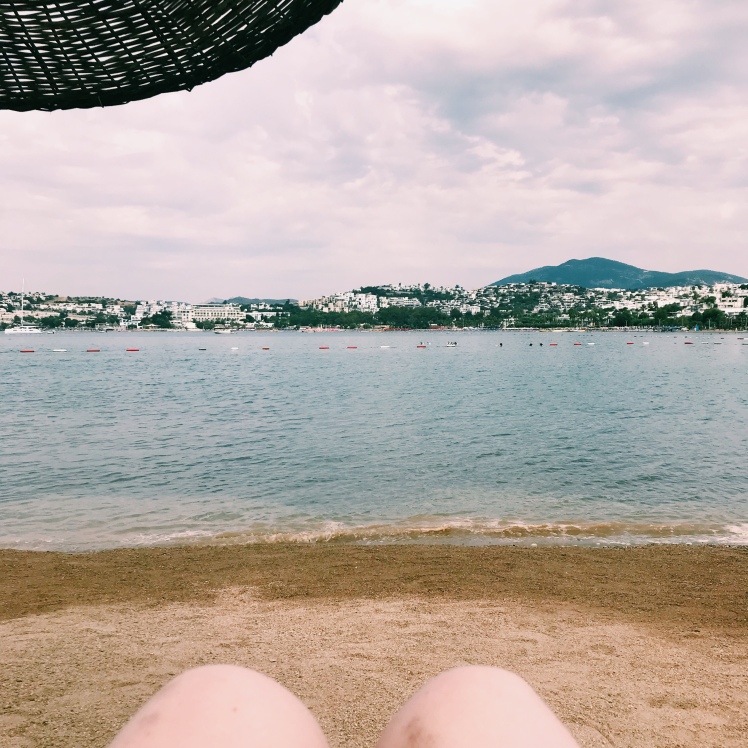 Obviously this will depend on where you go and i personally only went to Bodrum and Dalyan, but both places were breathtakingly beautiful and they’ve convinced me that everywhere in Turkey is just gorgeous. The oceans are blue, the mountains are huge and we must have shown up at just the right time to get to see all sorts of flowers in full bloom.

Turkish people are so friendly and ready to chat, and a fair few we’re pretty ready to imitate my scouse accent too. I can be a bit cynical so when I’ve heard people say this before I’ve always thought well, yeah, the hotel staff and shop keepers are all trying to get you to spend money of course they are, those people are nice in every country. It’s way beyond that though! Even the most random people we met were so friendly and ready to tell you the best places to visit or places to eat or give you a hug. That last one is a bit scary as a typical British person that doesn’t tend to do much beyond a handshake but I really appreciated how just lovely everyone was!

I know I already said how lovely and blue the ocean is in Turkey but it definitely needs its own section! I’ve never seen such truly blue natural water before and I was absolutely stunned to see little fish swimming about. The beaches were just perfect to lay on and soak up some sun before having a swim in the sea, and there’s people walking up and down selling the coconut drinks that I see as the height of tropical sophistication too!

I’ve already mentioned the flowers, there were just so many everywhere, mostly the gorgeous pink ones like in the picture further up but lots of other gorgeous types I’ve never seen before too. Outside of the flowers we stumbled across pomegranate and lemon trees at random, which blew my little mind and the crazy cricket things that scream from the trees were also fascinating to me. Most excitingly we saw turtles! TURTLES!!! Out in the wild living their lives like they should be and it was incredible.

The shopping areas and markets were insanely anxiety inducing while also being totally brilliant and there are so many cool ass things that you can buy for a relatively small amount of money to us tourists. I bought the shoes you see below for the equivalent of about £15 and veryyyyy nearly bought a gucci top for around a fiver. Sure, they’re definitely fakes, but of that doesn’t bother you you’ll feel as much like you’re in heaven as I did.

I’m vegan, so I found it a bit hard to figure out where to go and what to get at first, but once I had figured it out boy did I eat well. Rich ate all sorts of none vegan foods and it all looked and smelt amazing, and he’s been to Turkey before and spent the last six years telling me how amazing ‘chicken plank’ is. I ended up eating a lot of vegetable fajitas and burritos with no cheese, which sounds boring and totally would have been if not for the fact that the vegetables in Turkey, no matter what cafe or restaurant your at, are seasoned and cooked to absolute perfection. I could spend longer talking about meals and snacks and drinks but I’m just gonna leave you with a picture of some humous I had that was literally the best I’ve ever had in my life. 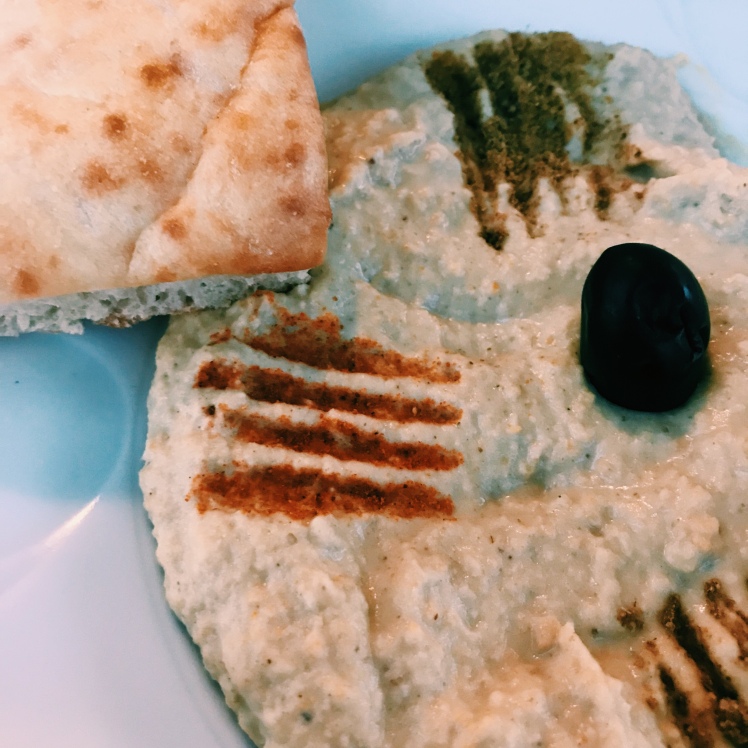 I totally didn’t become an expert on Turkish culture during the two weeks we were there, but we had a couple of brilliant tour guides that told us all sort of cool historical facts and discussed the differences between Turkish people and a lot of English people, which I found interesting because we’re very different and yet seem to all get on really well! Hearing the call (is that what it’s called? If there’s a proper name please let me know!) to prayer from the mosques was super cool to me, I loved learning about Islam in school so when I heard it while we were out and about I kept making Rich stop so we could listen.

I’m not usually a big nightlife person, but in Turkey there was so much choice! You could go from a crazy loud busy bar to a chilled little cafe to a fancy restaurant all right next door to each other. Whatever you’re into you’re probably going to find something that suits you. A big thing in Turkey, at least where we were though I don’t know if it’s touristy, was shish/hookah pipes as well which I’m much more into than drinking but it’s social in a very similar way.

I know this one is a bit of a cop out but let me talk. Really, why not? What have you got to lose? Travelling anywhere, even the more touristy parts, is always a good thing. There’s so much of the world out there to see and explore and Turkey is gorgeous, it’s amazing and friendly and welcoming, why not go to Turkey?

One thought on “10 Reasons to go to Turkey!”