I love carving pumpkins but I’ve never been the best at it, so this year I wanted to really up my game as much as possible. I totally think I succeeded but one pumpkin took me around three hours to do so I don’t think I’ll be doing more than one each year!

First is to cut off the bottom instead of the top. I’ve done this for ages, my mum was the one that knew about it when I was a kid and I’ve just carried on. A lot of all the stringy bits are attached to the bottom so by cutting that off and pulling it out you save yourself half the job of scraping. Just pull it off, give it a quick scrape inside with a spoon and pour it out and you’re sorted!

Peeling parts of the pumpkin still lets a fair bit of the light through but really takes you from ordinary carved pumpkin to something that looks fancy and time consuming, because it is. I went around the shape I wanted carefully with a knife and then peeled the skin inwards from the line.

I used a sharp knife carefully and it still took a long time, but once it was all gone I cut the teeth out and scraped down them with the knife to give them texture, which again adds a lot to the pumpkin!

I also scraped the eyes to create a darker pupil but honestly, I wish I had through to leave the skin on the pupil part. I never really plan or think too far into what I’m going to do to the pumpkin because I’m all about having fun with it, but sometime I do wish I had stopped to think about how I wanted to have certain things look. 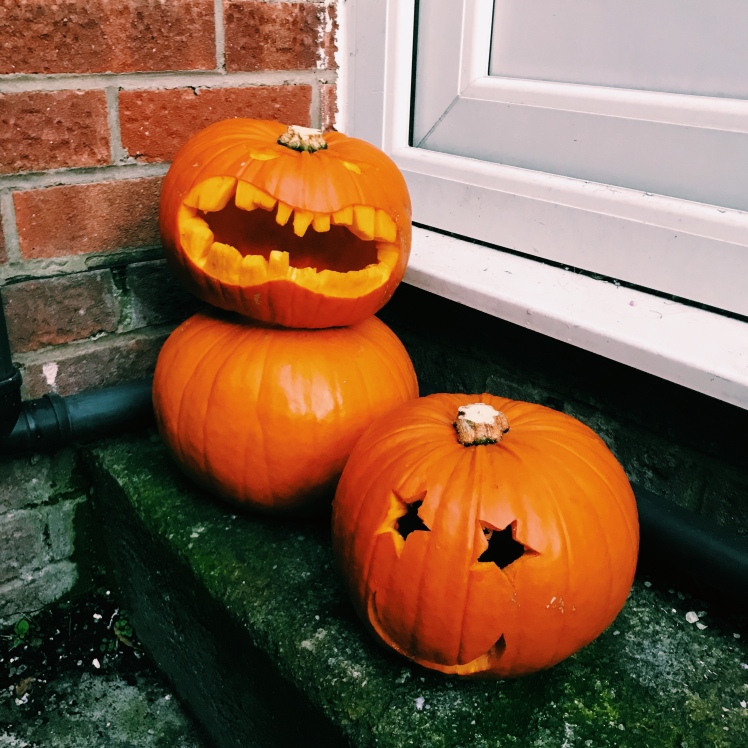 It really is mostly just about having fun though! Hacks are all well and good to get the ‘perfect’ carving but at the end of the day, as long as you’ve had fun doing it then it’s perfect!

One thought on “Pumpkin Carving Hacks!”