All these new vegan options arriving on the high street are exciting and a great sign that things are changing. It’s all the more exciting when they’re affordable vegan options. Though £3.99 for the vegan KFC burger isn’t the worst, my bank account is a lot happier that the steak bake is only £1.55!

With Qourn ‘steak’, gravy and onions inside a golden pastry, it’s exactly what you’d expect from a steak bake. The pastry is delicious, perfectly done and I like that both this and the vegan sausage roll share a similar pattern that isn’t featured on the meat and dairy products so mistakes are less likely to happen. 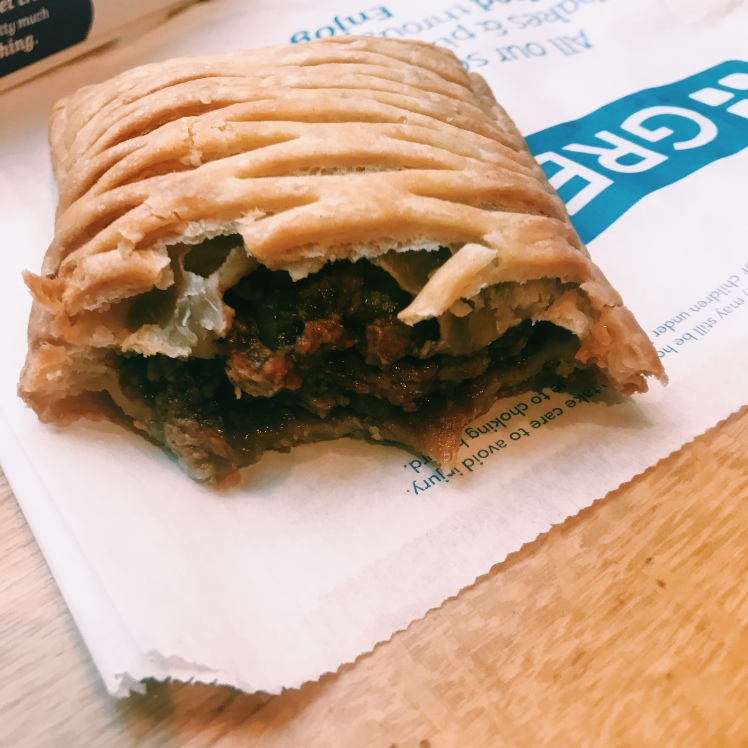 The Quorn has a great flavour and texture, but it would be nice if there were larger chunks of ‘steak’ since I though the texture is closer to fake mince meat. The onion flavour really comes through and the gravy is nice and thick. Some more seasoning, mainly pepper, would suit my personal tastes more and my boyfriend agreed with me on that, but I know it’s not for everyone so I’m definitely not mad about it. 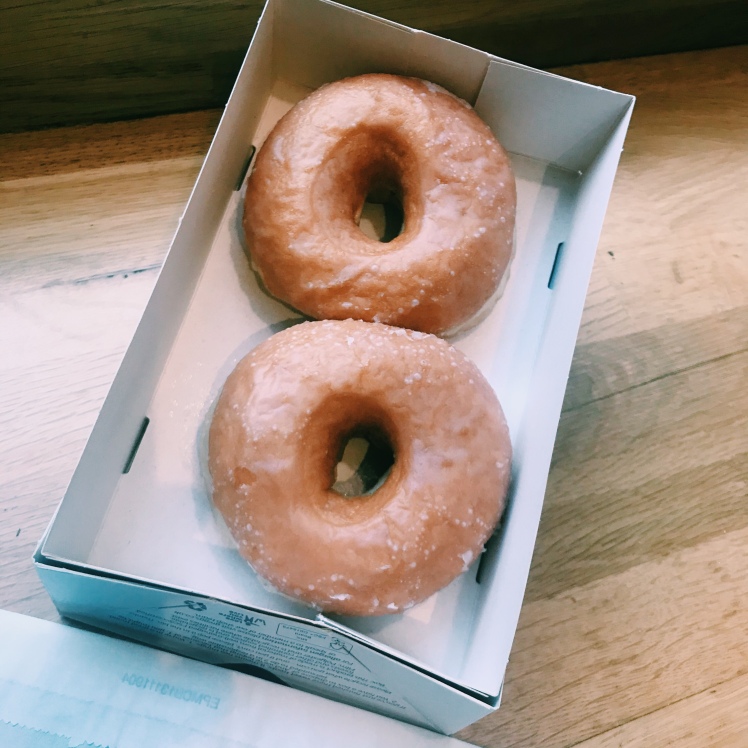 Two vegan friendly glazed doughnuts for £1? Yes please! It’s the same price I’d expect to pay for any normal doughnuts in Greggs and it’s great to see so many more on the go vegan options appearing. Even with all the new vegan products available, I’ve found many places really lack in creating sweet treats void of animal products so big up to Greggs!

It’s a bloody good doughnut too. Soft and fluffy inside with a perfect golden outside and a super sweet glaze. Sure, it may not be quite on par with Doughmain but for a vegan doughnut from a chain store that’s pretty darn cheap, I’m impressed!

Have you tried either of these yet? What were your thoughts?