I’ve spoken on here before about really enjoying using characters to inspired my outfit. Sex Education has a weird sort of 80’s/modern/colourful kind of costume aesthetic going on, and its my favourite thing in the world. I love how every character dresses in this show, and for the first time there are characters that wear the kind of things I wear! It’s an amazing show for many more reasons than just that, you can read my review of season 2 here, but lets just get into the outfits here! 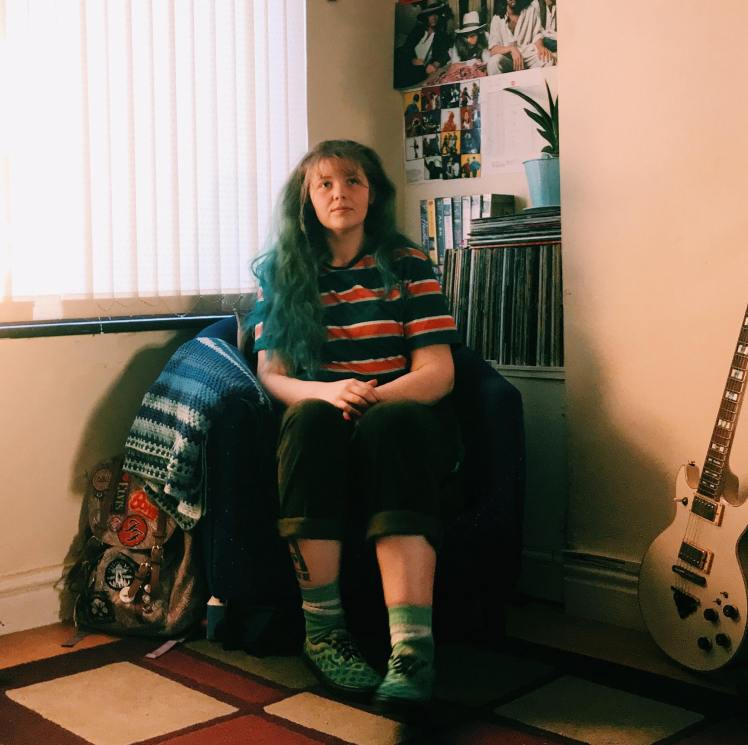 It’s mentioned multiple times that Otis wears corduroy pants, and luckily thats something I can totally get behind. These green corduroy pants are mens pants that I thrifted. He also wears a lot of striped shirts, several characters do, and they’re usually boldly coloured. So, i had a rummage through my wardrobe and found this pyjama top from Primark a while ago that perfectly fits the kind of thing Otis would wear. I cropped the pants by rolling them up and tucked the shirt in to fit my own style, thought the socks seemed quite Otis-y and just threw on my vans since I don’t have many pairs of shoes! 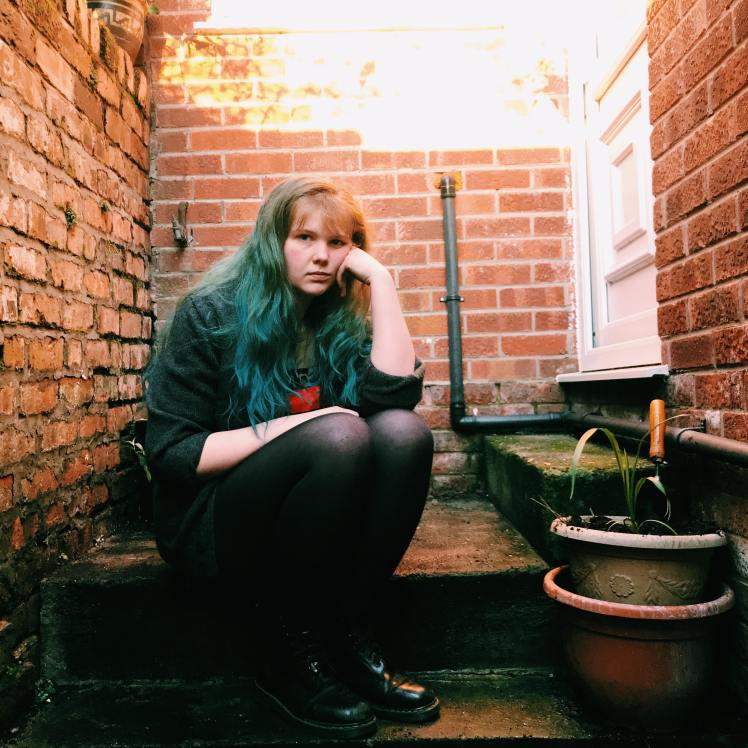 Maeve’s style is quite similar to how my own is quite often. Its quite hard to see what kind of top she’s wearing a lot of the time, so I just went with this ‘riots not diets’ t-shirt since its the feminist vibe Maeve is all about. I tucked that into highwaisted black shorts, similar to the ones she wears a few times in season two, added an oversized grey cardigan and my Docs and this outfit was done. I don’t have a jacket similar to the one Maeve wears, but I thought my usual ‘leather’ jacket would take its place well enough. 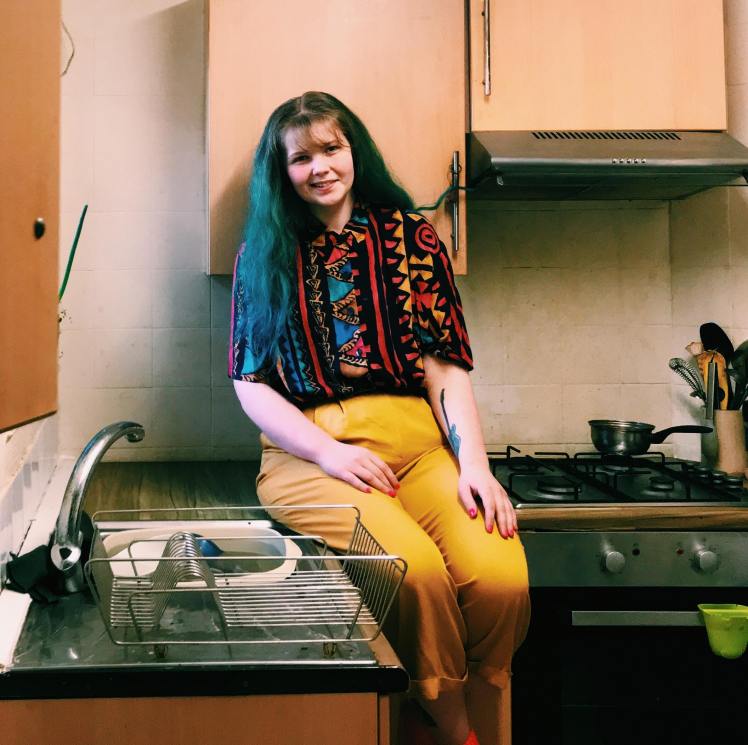 Eric was by far the hardest to try to put together an outfit for from my own wardrobe. Theres a million ‘Eric’ pieces I’d love to buy, but alas my bank account has other ideas. The shirt has been screaming Eric’s name at me since I watched the first season, he wears some very similar patterns to this so I thought it was a perfect fit. I chose the pants purely for the colour, to really fit Eric I’d have liked them to be a more fitted, structured trouser. Sometimes you have to just work with what you have though! I think the ruffled waist is Eric enough to make up for how loose they are!

Lily is my absolute favourite! Her style is so fun and quirky and similar to my own style, when I can be bothered to do more than pants and a t-shirt. She does a lot of layering, fun colours, and loves aliens so you can see why she’s my favourite character even with Gillian Anderson in the show. Anyway, For Lily’s outfit I layered a lime green turtle neck, under a pink and white striped shirt from Primark last winter, under a vintage Winnie the Pooh short dungaree set.

I might end up doing an entire look book post of Lily inspired outfits, there are so many outfits she wears that have layering and colour combos I’d never have thought of, and its so refreshing to see a character that dresses ‘weirdly’ and is a bit of an oddball but is still cool and loved and has friends. I just really love Lily okay!

So there are some Sex Education inspired outfits! I especially enjoy how many times you can see my X Files tattoo in these pictures, just so you’re aware that i only started watching this show because of Gillian. All the more impressive that I’ve enjoyed it as much as I have and love it as much as I do!

If you haven’t watched it yet, go watch it! If you know these characters, let me know how well you think I managed to draw inspiration from them! I think it obvious that Lily works best for my wardrobe, but the challenge only makes me more proud of the other outfits.